Another Year of Growing Traffic Deaths on US Roads 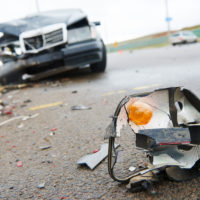 Despite the fact that more safety technology is available now than ever before, there have now been two successive years where auto fatality rates increased over those of the previous year. Seeing an urgent need to take action against rising auto accident traffic deaths, the National Highway Traffic Safety Association (NHTSA) has partnered with a driving technology researcher to encourage the development of products that could limit drunk driving.

According to the National Safety Council (NSC), a nonprofit research group, 2016 saw a 6% rise in traffic deaths over those in 2015. Based on preliminary data, the NSC estimates that 40,200 individuals died in traffic-related incidents in 2016. NSC’s president, Deborah Hersman, argues that individuals and legislators alike need to take action: “our complacency is killing us,” she said. “Americans believe there is nothing we can do to stop crashes from happening, but that isn’t true. We lag the rest of the developed world in addressing highway fatalities.”

The majority of traffic deaths—upwards of 90%, according to the NSC—are attributable to human error. The single largest cause of traffic deaths? Drunk driving. Approximately 10,265 individuals were killed in a drunk driving-related crash in 2015, and based on the rise in overall deaths, the total from 2016 is likely to be higher. The Insurance Institute for Highway Safety has concluded that some 7,000 lives each year could be saved by keeping drivers with a blood alcohol content above .08% off the road.

While all drivers bear personal responsibility for avoiding getting behind the wheel when they’ve had too much to drink, many drivers assert that they weren’t aware that they were too intoxicated to drive until something went wrong. This is where the automatic alcohol testing technology currently under development could operate to save lives. The Driver Alcohol Detection System for Safety (DADSS) project is currently researching ways to create a system that would come pre-installed in vehicles to unobtrusively test drivers’ blood alcohol content through their breath or touch before allowing a vehicle to start. These products are still under development, but DADSS has recently partnered with two vehicle accessory manufacturers who have volunteered to build prototypes of the systems. The researchers estimate that road testing of these systems could begin as early as this year, and the systems could begin appearing in new vehicles in 2020.

If you were hurt in an accident in Alabama with a negligent driver or one who was intoxicated behind the wheel, seek help in getting the money damages you’re owed by contacting the aggressive, dedicated, and trial-ready Mobile personal injury attorney Gary W. Fillingim at  251-445-7257, or online at www.fillingimlaw.com.